The American collection includes important examples of nineteenth-century figure painting, still lifes from the first half of the twentieth century, and bold portraits and landscapes from both periods. The core of the American holdings entered the museum in the 1970s and 1980s as gifts or purchases through the El Paso Art Museum Association as well as private patrons.

Among the nineteenth-century portraits are key works by artists central to the early development of American portraiture, such as Gilbert Stuart, Thomas Sully, and Rembrandt Peale. Twentieth-century works exemplify a greater diversity in subjects by Robert Henri and artists of the Ashcan School, known for their embrace of ordinary subjects from city life. Two special features of the museum’s American landscape collection are the variety of waterscapes and Impressionist paintings, which range from works by leaders such as John Henry Twachtman and Theodore Earl Butler to twentieth-century practitioners of Impressionism like Mabel May Woodward or Fremont Ellis of El Paso. The museum’s collection of still-life paintings by modernist leaders Max Weber, Abraham Walkowitz, and Milton Avery are complemented by several examples of American decorative arts by historical and contemporary artists.

EPMA’s American holdings also include the largest museum collection of West Texas artwork in the country—nearly one thousand paintings and prints made between the 1850s and 1970s by artists living in and passing through the state. In 2010, EPMA presented the exhibition Into the Desert Light: Early El Paso Art 1850 – 1960, which featured nearly one-hundred artworks from the museum’s collection alongside loans from regional collectors. In conjunction with the exhibition, the museum published a fully-illustrated exhibition catalog. The catalog and exhibition were made possible by the support of the Texas Commission on the Arts, Center for the Advancement and Study of Early Texas Art (CASETA), City of El Paso, El Paso Museum of Art Foundation, and numerous donors. 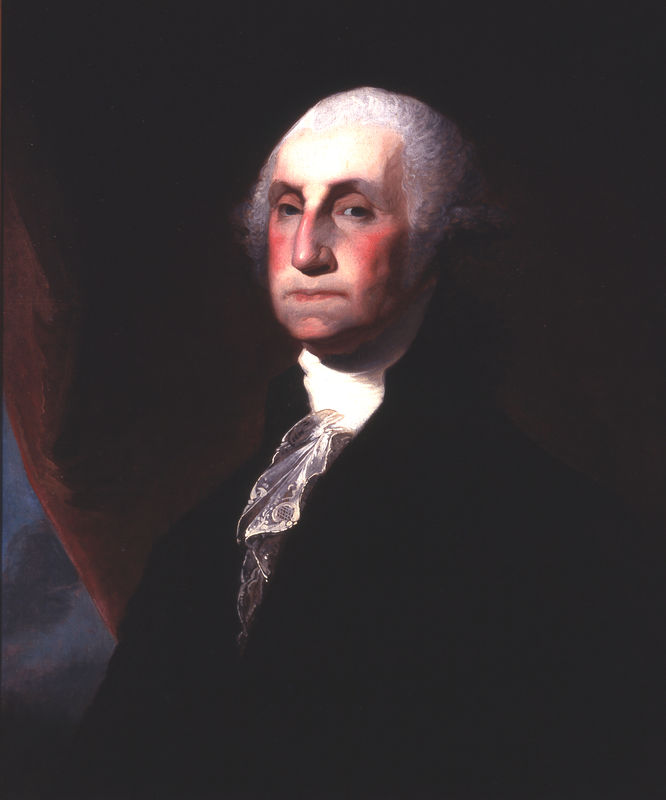 During his lifetime, Gilbert Stuart was the most famous portrait painter in America. Until 1792 he studied in England where he was a desirable portraitist of English society. He has the distinction of being one of only four American artists for whom President Washington posed. EPMA’s painting of George Washington was commissioned by Richard Worsam Meade, Naval Agent to Spain under President James Madison.

Stuart’s portrait of Washington was so popular in his lifetime that he painted over 100 versions based on his original unfinished painting of 1795. The story goes that he was so pleased with the original that he left it unfinished in order to keep it as a model. According to Stuart, Washington was a very difficult sitter. He observed that, when posing, “An apathy seemed to seize him and a vacuity spread over his countenance, most appalling to paint.”