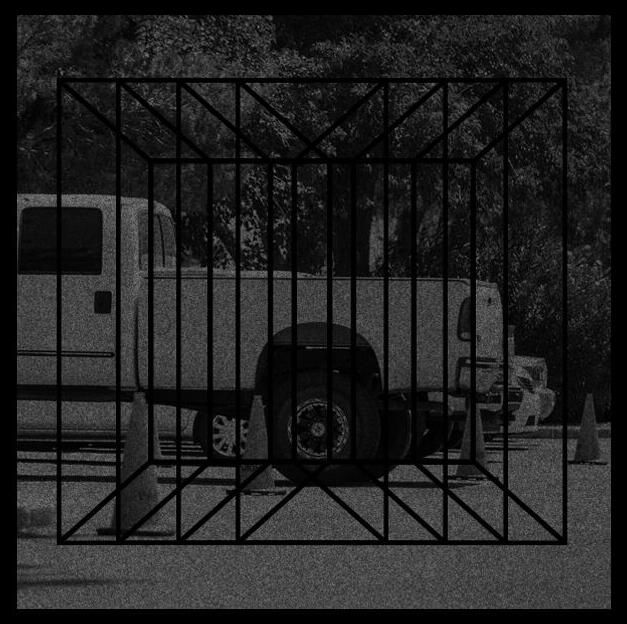 This exhibition features a new project by Juárez-based collective Animales de Poder (Oscar Gardea Duarte b. 1989, Guillermo Ramirez Garcia b. 1985). Comprised of related artworks made in 2018 and 2019, the exhibition includes altered photographs and paintings of vehicles modified for urban narco warfare, sculptures fabricated with neon lights and bulletproof glass, a sonic installation produced from covert broadcast signals, and objects that speak to the history of contraband along the Juárez/El Paso border. Informed as much by research as surveillance, the artworks on view gesture toward Animales de Poder’s idea of “narcofuturism,” suggesting a current of the clandestine in Juárez extending from subterranean smuggling and fraternal organizations to, more recently, illicit nightlife and underground violence. With Clandestino, Animales de Poder evokes a past, present, and future of Juárez, and, more broadly, the effects on people of the physical, legal, and psychological barriers that emerge around national boundaries.

Part of the El Paso Museum of Art’s ongoing series examining the border through art, Clandestino: A Project by Animales de Poder is a follow-up to the 5th Transborder Biennial exhibition, from which Juárez-based Animales de Poder was selected for a solo presentation at the El Paso Museum of Art. The Transborder Biennial is a decade-long bi-national collaboration between the El Paso Museum of Art and the Museo de Arte de Ciudad Juárez. In 2018, the fifth edition featured artworks by thirty-two border-based artists and collectives living along the two-thousand mile border between the United States and Mexico. As a companion project, in 2018 EPMA organized a bi-national convening that brought together over one-hundred artists, academics, journalists, and art-lovers from across the country and the community to consider the next Biennial in 2020, and the future of arts programming on the border.