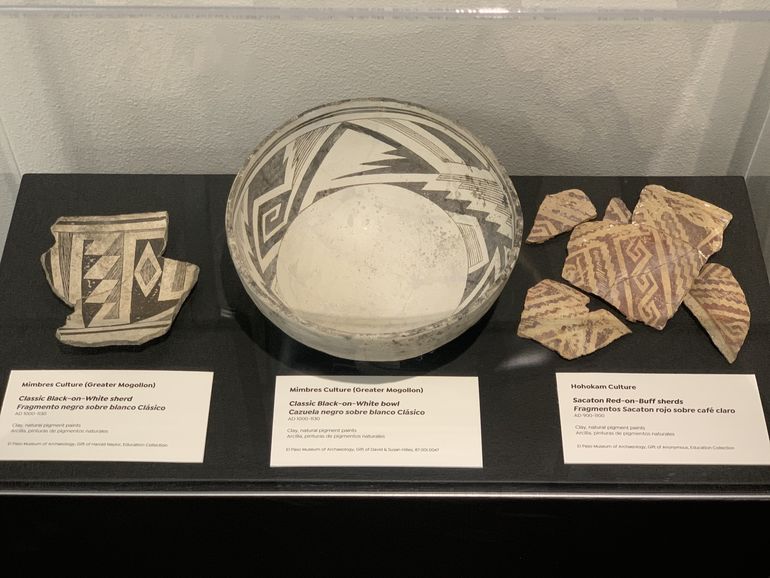 Expressions in Clay: Pre-Columbian Pottery Types from the Southwest

Pottery, perhaps like no other medium, has been used by archaeologists to identify and classify cultures. For the last nineteen centuries, the Southwest became one of the most prolific pottery producing regions in the world where archaeologists have identified over 1,500 different types produced between AD 100 and the present day.

The earliest pottery was likely made by Mogollon peoples in Arizona, Chihuahua, and New Mexico. This new technology eventually spread throughout the Southwest coinciding with the introduction of beans and other food items into local diets. The earliest plainwares gave way to corrugated wares, and then painted wares including elaborate polychromes. Master artisans produced some of the finest pottery of the ancient world. Today, their descendants carry on similar pottery traditions within twenty-one Pueblo communities.

The El Paso Museum of Art and El Paso Museum of Archaeology (EPMArch) are pleased to share this assortment of pottery from EPMArch’s permanent collection representing the Hohokam, Salado, Ancestral Puebloan, and Mogollon (Mimbres and Casas Grandes) cultures.

Watch a virtual gallery tour below: