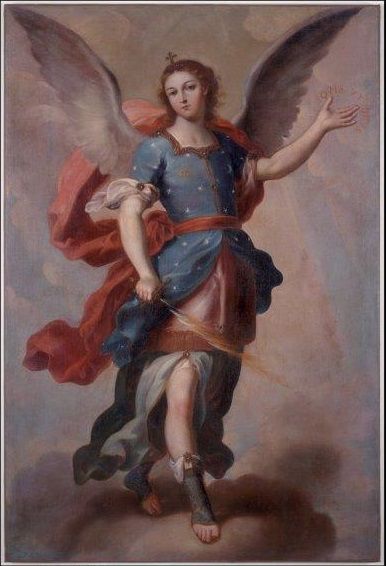 “The empire on which the sun never sets”—a phrase coined by Spanish royalty and in reference to their own monarchy—was an apt description for the Spanish Empire, which boasted a three-hundred-year period of colonial rule in North, Central, and South America. It was during this time, from the 16th through the 19th century, that Spanish colonizers of the Americas came to be among the world’s wealthiest people and, through the introduction of Catholicism, came to fundamentally alter the religious landscape of the Americas. Power and Piety illuminates the overlap and tension between social power and religion in the Americas through nearly sixty extravagant works of religious art commissioned for cathedrals and homes.

Monumental oil paintings, luxury chairs with elaborate carved and pierced foliage patterns, and exquisitely crafted silver lamps and candelabras—all on view in the exhibition—were commissioned for cathedrals to emphasize the Church’s grandeur, overwhelm the senses, and inspire devotion. Similarly, Spanish colonists embellished and lavishly decorated their own homes, often to showcase their power and piety. The wealthiest of homes flaunted imported ivory sculptures with gilded wooden bases, and sumptuous decorative altars with hand-carved figurines. Power and Piety presents these works and more, contextualizing this period of opulent artistic production within daily life and religious practices of the Spanish colonies.

The exhibition is drawn from the Colección Patricia Phelps de Cisneros and is co-organized by the Museum of Biblical Art, New York and Art Services International, Alexandria, Virginia.

This exhibition is generously sponsored by the Rogers Family, Texas Commission on the Arts, and El Paso Museum of Art Foundation. Education programming for this exhibition is supported in part by Texas Women for the Arts.