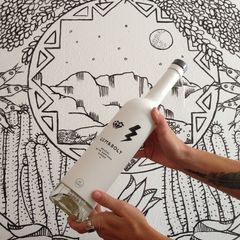 The feature film OPUNTIA (2017), a true story based on the writings of conquistador-turned-shaman and first European explorer of Texas, Álvar Núñez Cabeza de Vaca, makes its El Paso debut. The multi-city screening tour has visited iconic movie theaters and art museums along de Vaca’s historic route and presents its grand finale screening at the El Paso Museum of Art. Director David Fenster will be present to introduce his film.

Reception after the screening with mezcal tasting by GEM&BOLT Mezcal